How to Go Viral on Social Media?

Going viral (for the right reasons) is the dream for many businesses who use social media marketing. The idea of your content reaching thousands or even millions of people for free or for very little investment is so exciting. You might have heard of lots of viral marketing cases, but there is no exact strategy to go viral. Some posts will and others won’t but if you do want to aim for your content to go viral or at least be shared more often, here are some tips to keep in mind.

1. Be visual and embed sharing

Perhaps the most important and most forgotten part of a viral campaign is being visual and inviting shares. Studies have shown that content with images are more likely to be shared than content without images. Add options for social media sharing and be sure to have your image as the “featured image” so the social media site will show it along with the content.

Humans are emotional beings. We are influenced into action by emotions and numerous scientific studies support that claim. If you want someone to share your post, tap into their emotions. One of the most well known campaigns to go viral that used emotional connection is the Dove’s Real Beauty Sketches campaign. The campaign is built to evoke emotions, specifically joy and surprise, and a bit of an awe when you feel the full weight of the campaign

Emotions can be both negative or positive and the best way to decide which content would activate which emotion is to think about your ideal audience and what you know about them and then create content based on that. Here is a list of top emotions that your content can trigger:

Tapping into news that is already being discussed is an excellent way to help you go viral. Experienced digital marketing consultants will also use a social media monitoring tool to track what’s trending and pay attention to large cultural events, world news or pop culture.

During the 2013 Superbowl, the lights at the Superdome went out for 30 minutes and Oreo, jumped on the opportunity creating an image and tweet that related to the event. The tweet went viral right away and has been retweeted over 15,000 times. It’s an excellent example of how brand can use current events to create viral content. 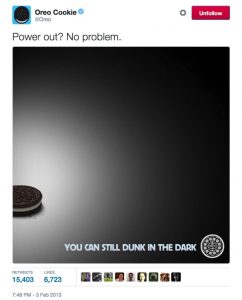 When creating content around current events, be careful not to offend or have your tweet taken out of context. This can cause more harm them good and could create a social media faux pas.

4. Make it divisive or controversial

Another great way to make your content go viral is to make it a bit controversial or divisive. Humans love to argue and they love to be right. You can create shock and friendly banter when you post something that makes people think. The best example of this is known as “The Dress.” The internet world caught fire when a user posted a photo of a dress, asking for the Internet to help settle a debate between her and her friends as they couldn’t decide on what color this dress was. The Internet could not decide either. Some individuals saw white and gold while others saw black and blue. The post prompted discussions all over the internet, that escalated into reports by large media publications like The Washington Post. 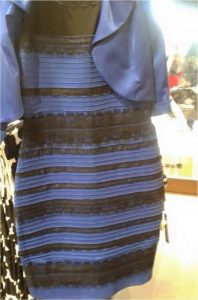 The lesson is that if it’s done right, you can create content that makes people think, choose sides and argue. But this tactic should be used with caution as not to cause a social media misstep, otherwise it might become a social media crisis.

Remember, going viral isn’t guaranteed but following these tips will increase the chance of your content being shared among your audience. View more outstanding social media marketing cases or contact us for more information!

Five SEO Strategies For Your Business