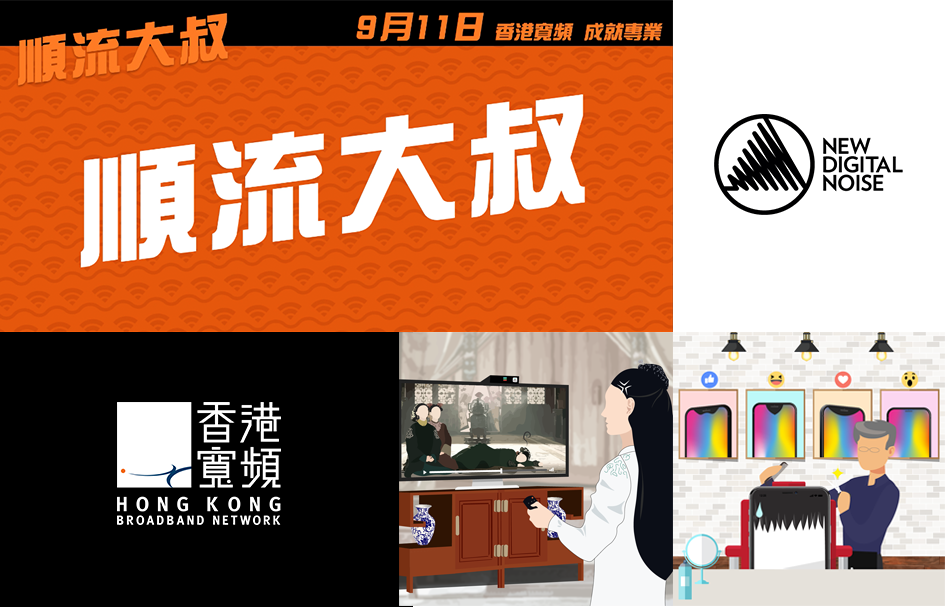 The directorial debut of screenwriter Sunny Chan Wing-sun, Men On The Dragon won over hearts at the theatre this summer with a life-affirming Hong Kong tale. The film follows four telecommunications employees as they embrace challenges at work and in life, and move forward as their better selves.

The movie’s portrayal of spirited members of the broadband industry rang a bell for our team — this is perfect material for our client, Hong Kong Broadband Network (HKBN), to produce fun social media content that prompts engagement. It only seemed natural for us to make a parody out of it.

Altering the original screenplay to fit our story, we invited the company’s frontline Certified Professional Engineers (CPE) as protagonists, who pull hard on cables instead of rowing the dragon boat. As the story goes, the team fought off hardship through hardcore training, setting wifi lanes miles on to become the men HKBN meant them to be.

One could easily catch our tribute to the original movie trailer with equal cinematic tension and extra humour. Most importantly, the parody lives and breathes the Hong Kong spirit, which aligns with HKBN’s core brand value of “Make our Hong Kong a Better Place to Live”.

The parody video was very well-received with over 600 likes, 143 shares and 39K views to-date, fast becoming one of the most popular posts on the company’s Facebook page. What’s more, it caught the eye of the Men On The Dragon Official Facebook, which dedicated two posts to mention our video! The interaction generated a wave of positive and complimentary comments, making it a digital marketing triumph for HKBN.

New Digital Noise has been working with HKBN to develop tongue-in-cheek lifestyle Facebook posts that can establish the company’s credibility and expertise in the telecom sector and ultimately expand its fanbase. The movie parody not only imparts its creative prowess, but also professionalism of its CPE team. Our team is thrilled to be on track to bring HKBN one step closer to its target audience.

Explore the Importance of UX/UI Design in Customer Interaction