What Do Chinese Philosophy and the Internet of Everything Have in Common? 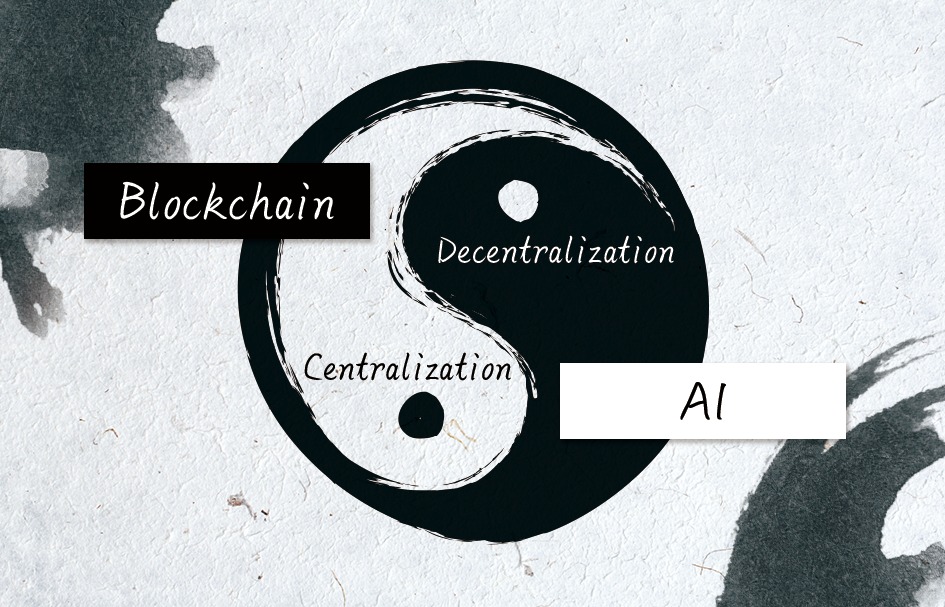 The way in which opposite or contrary forces give rise to each other to create a whole and the interdependence and complementation between those forces. More specifically – the Yin and the Yang. This type of interconnected dualities can be observed naturally in things like fire and water, light and dark. What equivalent do we find in the digital dimension? AI and blockchain technology. The concept of Yin Yang is about duality forming a whole. Neither of the two is an absolute, nor are they static.

When we conceptualize about the Internet of Things evolving into the Internet of Everything we can see clearly how this new whole can be made up of the duality of AI and blockchain technology. To draw a parallel between them, two conditions need to be fulfilled: 1) Blockchain and AI need to oppose one another in some way. 2) They need to complement and give rise to one another. Perhaps it is easier to imagine how the two halves will cooperate so first let’s look at how they oppose each other.

In AI technology the main driving force is educated guesswork. Of course, that phrase is not meant to demean in any way the brilliance of the work – the scale and precision with which this guesswork is performed is unachievable for a human. The AI uses selective data and applies algorithms to work out the most probable version of reality. It either guesses or it doesn’t and it learns. The lesson it learned changes it. These observations keep it constantly adapting and improving.

What about blockchain technology? Well, there is no such thing as guesswork here. It is all about certainty. Blockchain technology applies methods having to do with control and stability. Blockchains validate and record transactions as permanent truth. It relies only on settled methods and nothing can be left to probability. Where AI utilizes guesses, blockchain utilizes facts. This way blockchain fills the trust gap which stands in the way people when authorizing machines to act on their behalf.

How do blockchain and AI cooperate with one another?

One look is enough to see which of the two is the abstract “thinker” and which is the strict and precise ‘thinker”. AI and blockchain can work symbiotically: AI is the researcher and the artist, creating a picture of risks and opportunities. On the other hand, blockchains are the executors and the record-keepers of processes and transactions. AI is responsible for studying the waves of information and abstracting the complex observations. Blockchain technology would provide a means of validation and confidence enabling automated rule-based governance for each transaction.

The Internet of Things is beginning to contour the emerging brand – new, more capable, along with more expansive global information infrastructures. It is presenting us with a rare opportunity to build a set of functions and connections which will act on behalf of humans. This will be invaluable for businesses. It will become an environment for both machines and humans to interact – the Internet of Everything.

In this scenario, artificial intelligence will provide the necessary muscle power to process the enormous volumes of data and make statistical considerations. What is needed to make this a reality is the management of processes and transaction validation; amongst other things blockchain can be the foundation of an online transactional government process – machines would be responsible for providing validation following a set of algorithms. The Internet of Everything would be getting the most out of the flow of big data.

An even brighter parallel can be drawn between Chinese philosophy and digital expansion. Big data is to AI and blockchain as is Qi or Chi to Yin Yang. Qi represents the life energy which nourishes and sustains everything that surrounds us. Qi is observed in its multiple terrestrial forms. In a similar way, big data is the life force feeding the Internet of Everything, as well as AI and blockchain algorithms.

The amount of data that’s being created and stored on a global level is almost inconceivable. Moreover, it just keeps growing. That means there’s even more potential to glean key insights from it. Both Qi and big data are in a state of endless flux, transforming constantly from one aspect into another. Big data affects organizations across practically every industry.

As for the balancing of Qi in the context of digital business, there is still much more work to be done. Currently, the truly new Internet of Everything which is predicted is only now emerging. At the moment, what’s being developed is only the nervous system of the whole thing – the methods for different parts to talk to one another, protocols, storage, processing, communications pathways. Obviously, the full picture of entirely autonomous is yet to become clear.