Weibo is back and stronger than ever! 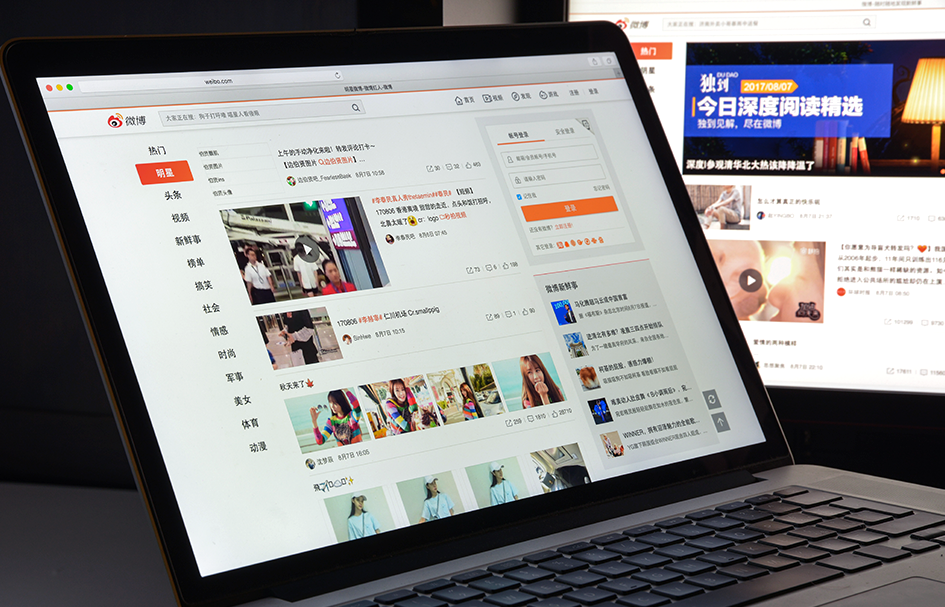 Since the launch of WeChat a little less than seven years ago, Weibo has been fighting a tough fight for users and exposure. But towards the end of 2017, the Chinese social media giant regained momentum and won back the hearts of users in the fast-evolving internet ecosystem. Optimistic figures of performance were recorded in the third quarter last year, with monthly active users amounted to 376 million, 27% more than the same quarter in 2016. The success of Weibo as a full-service digital ecosystem is by no means accidental.

Riding on the explosive growth of short-form online videos in China, Weibo has strategically steered its content towards this multimedia format, fostering a staggering 175% consumption growth compared to the same quarter in 2016. Working closely with large television channels and content producers, including sports leagues like the NBA and NFL to keep its short videos topical and refined, the micro-blogging site also launched features such as Slideshow (光影秀) and Weibo Story (微博故事) in the first quarter last year to encourage user-generated content.

Weibo is the primary platform of abounding key opinion leaders (KOL), where they post videos and live video streams. Monetisation methods, paid content, advertising, and e-commerce has been rolled out to boost quality content creation.1 Through these Chinese celebrities, Weibo is able to reach out to millions of fans, making it an ideal platform to build brand influence. According to Wang Gao-fei, CEO of Weibo, advertisers have made their move to shift ad budgets to video ads.1 Ultimately, the company expects video to replace photos as the preferred visual medium for social sharing.2

As of November 2017, Weibo has collaborated with more than 1,200 multi-channel networks, offering them programming, funding, cross-promotion, audience development and other services to support their growth. MCNs are the reasons for Weibo’s expanding video database. A key player in Weibo’s efforts in content verticalisation, MCNs like papitube, Pear Video and Beauty Q partner with top content creators to create premium, content-rich materials for Weibo users that presents avenues to improved engagement.2

As a result of its strategic planning, Weibo is able to strike back and rebuild a presence in China’s competitive social media landscape. And its marketing potential to help your brand gain a foothold in the China market is not to be underestimated. Feel free to chat with us if there is anything we can help!

The Art of Going Viral

What Are 5 Mega Trends of Fintech